TORONTO – A new report finds a lack of progress in reducing child poverty in Canada, despite a commitment from members of Parliament more than two decades ago to eradicate child poverty by the year 2000.

Released Monday, the Campaign 2000 annual report release also marks five years after the entire House of Commons voted to develop an immediate plan to end poverty for all in Canada.

25 years ago this week, in the House of Commons, MPs agreed unanimously to try to eradicate child poverty by the year 2000. Today, there are roughly the same amount of kids living below the poverty line. ‘There’s no question we failed': MPs commitment to end poverty is 25 years old

“More children and their families live in poverty as of 2014 than they did when the House of Commons unanimously resolved to end child poverty more than 25 years ago,” read the report. 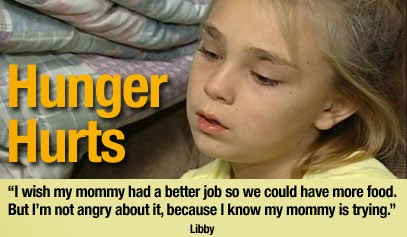 While public policies such as the Canada Child Tax Benefit/ National Child Benefit Supplement and the Child Disability Benefit have made an impact to families, the report said those policies do not make a “big enough difference to dial down the child poverty rate substantially or to sustain less child poverty.”

Posted by Richard Dwen at 9:57 PM No comments: