Frightened children are being held in tents and massive warehouses, in tight quarters - in extreme heat by day, and extreme cold at night. All after having to flee danger in their home countries. They must be put back in their mother`s arms.

Despite weeks of heartbreaking stories in the national news, parents and children are still being detained and treated like criminals by the U.S. Government.

The cruelty we’ve witnessed in the US must not stop people from speaking up for fair, just and legal treatment of refugees. The crass Executive Order announced yesterday by the U.S. administration allows for the indefinite imprisonment of families, and continues to be a violation of international law for people for seeking asylum.

Your emergency gift in response to this unfolding crisis in the USA, using our secure website or by phoning 1-800—AMNESTY (1-800-266-3789), will help Amnesty International to:
• Maintain public pressure to ensure migrant families are no longer separated
• Ensure reunification of up to 3,000 children separated by cruel U.S. policies
• Pressure for the permanent closure of family detention centres in the U.S., also known as "baby jails"
• Keep our researchers on the ground at the U.S. border and ensure the humane treatment of refugees
• Campaign to counter the false, negative stories being used by the U.S. administration to justify the policy of family separation and detention.
Families seeking safety deserve our compassion.

These children have already suffered severe mental anguish from fleeing violence in their countries. They have seen things no child should have to see. How much more cruel that they’ve now been separated from their parents in a country whose language they may not speak. This trauma has the potential to affect their development and cause untold damage.

Amnesty International staff recently conducted a research mission along the U.S. southern border, and a preliminary report found that since 2017, the Department of Homeland Security is increasingly separating children by force from their parents or guardians when these families request asylum.

In the past 2 weeks more than 100,000 Canadians have said “I’ve had enough” and sent a message to the U.S. administration, expressing their dismay at the practice of separating children from their parents at the U.S./Mexico border.

But children are still being put in prison.  Under no law or standard of civility or humanity is that ever acceptable, and we can only reverse it by speaking up loudly and collectively.
I know you care deeply about human rights and want Amnesty International to speak up forcefully right now.

Please help us do so by making a donation to help us do what needs to be done. 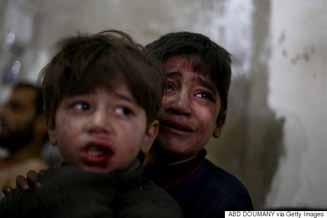